We believe that having a 3D/4D ultrasound scan can help both parents develop an early bond with their child.

Having a 3D ultrasound scan is a very similar process to having a 2D ultrasound. Although the procedures are similar, there are different levels of technology used to produce our 3D scan images. During a 3D scan, thousands of still images of your baby are taken at once through sound waves. They are then translated by medical software into 3-dimensional images which are almost as clear as a real-life photograph.

With 3D baby scans, both the transducer used to transmit the sound waves and the medical software is more advanced and complex. This is why 3D baby scans are more expensive and generally not included in standard maternity hospital practices.

4D baby scans use the same technique but the medical imaging software has the ability to blend thousands of 3D images to create a video of your child from within the womb, you may see your child smiling, waving or sucking on their thumb.

We recommend having a 3D/4D Baby Scan between 24-weeks and 33-weeks pregnant. After 33-weeks the baby will usually start to get into position for birth so the ultrasound imaging software would not be able to see them in such detail.

We believe that 3D/4D baby scans can help both parents develop an early bond with their baby, similarities of facial features between parents and child can generally be seen from 24 weeks pregnant.

(Only available on the day of your scan) 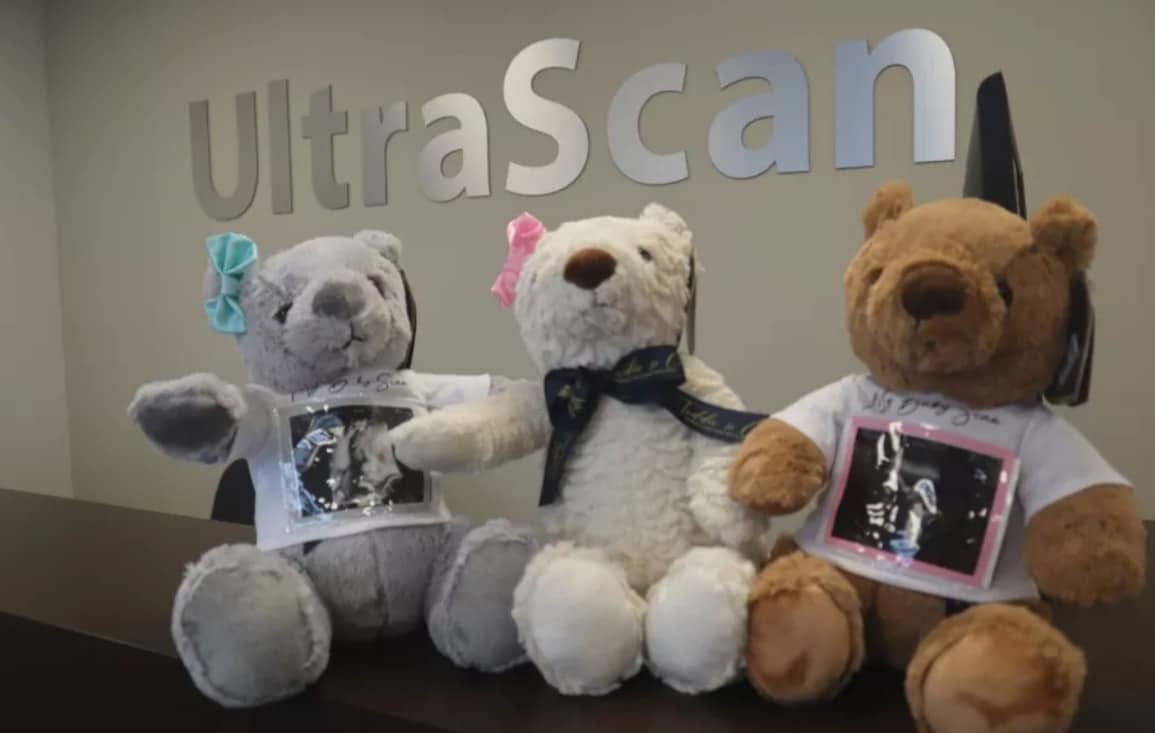 How long does the 3D/4D Baby Scan take?

What if I am late for my scan?

Clients should try arrive 5 minutes before appointments to fill out forms. We are extremely busy and unfortunately if someone misses their allotted time we will not be able to see them and you will have to rebook a new appointment.

What are the benefits of having a 3D/4D Baby Scan?

The 3D/4D ultrasound imaging method allows you to see your baby like never before. You’ll see your baby’s facial features and even video of him/her moving. You might even catch them sucking their thumb, waving or smiling.

Check out our Facebook page to see some of the amazing 3D scan images we’ve captured at UltraScan and some before-and-after comparisons between the 3D imaging of the baby and a photo of them after they’re born – it’s pretty magical!

When is the best time to have a 3D/4D Baby Scan?

Generally, from 24 weeks pregnant onwards there is sufficient fat under the skin to allow facial features to be seen.

At 32-34 weeks pregnant the baby will begin to shift in preparation for birth and it can become more difficult to obtain clear ultrasound images.

What if I can’t see anything during my scan?

How much you see of your baby during the 3D/4D ultrasound will really depend on the way the baby is positioned. If your baby is facing outwards and there is sufficient fluid surrounding their little face, then you will be in luck.

If at the beginning of the scan your baby is facing away from the transducer, our sonographer may suggest you have a cold drink, talk to your baby or gently massage your abdomen.

These strategies may help to encourage your baby to move into another position and allow us to get the clear images you were hoping for.

What happens after my scan?

With UltraScan you can have your images and videos sent to you via Whatsapp or email. This enables you to share them easily and download them for safekeeping.

Can I bring anyone with me?

Two other people can attend your appointment with you.

Can I buy a gift voucher?